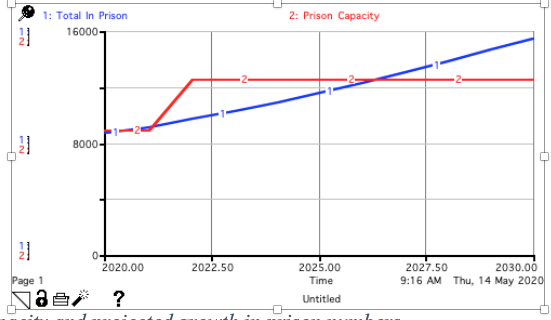 Victoria’s prison population has almostdoubled over the last decade.

It is gone from 4500 to just under 9000. The prison population is growing faster than the general adult population which increased by 24% over this period.

The Andrews Government has earmarked $1.8 billion in the budget for capital spending on prisons, the centrepiece of which is a  new 1248-bed prison planned for outside Geelong. The Andrews government expects prisoner numbers to soar from 8110 today to 11,130 by June 2022.

If prison numbers continue growing at the current rate, there are some implications for prison capacity in the next decade.

This will leave the shortfall of 2800 by the end of the decade.

It’s probably time for a rethink of justice policy in Victoria.